A true East Anglian boy, David was brought up in Sutton, near Ely, studied in Cambridge before moving to Chatteris with his wife and young family. Growing up during the .com era, David originally wanted to pursue a career in IT because it was a vibrant and exciting industry. After leaving school at 16, he enrolled at Cambridge Regional College (CRC) to study for an AVCE in ICT.

Not long after completing the two-year course, David joined Innomech Group as receptionist and administrator. The role involved speaking with customers and suppliers, as well as resolving all IT-related queries. Ten years later and he’s never looked back.

Quickly realising David’s true potential, Julie Dean, Innomech Group’s then Operations Manager, encouraged him to spend time in the workshop with the rest of the team and as a result, he became more and more involved with different client projects on a daily basis.

David embraced this new opportunity, acquired a taste for engineering and was soon promoted to company technician, a position which required him to liaise with clients and co-ordinate the different stages of a bespoke manufacturing project. David is still the first point of contact for all new customers.

When Innomech Group spun off its manufacturing division, Nexus IE, as an independent entity, David was appointed Engineering Services Manager of this new company. He is now fully responsible for all new projects and oversees every aspect of the manufacturing process, from procurement, build and validation through to testing, delivery and ongoing service queries.

David is a family man so when he’s not at work he tries to spend as much time as possible with his two young sons. 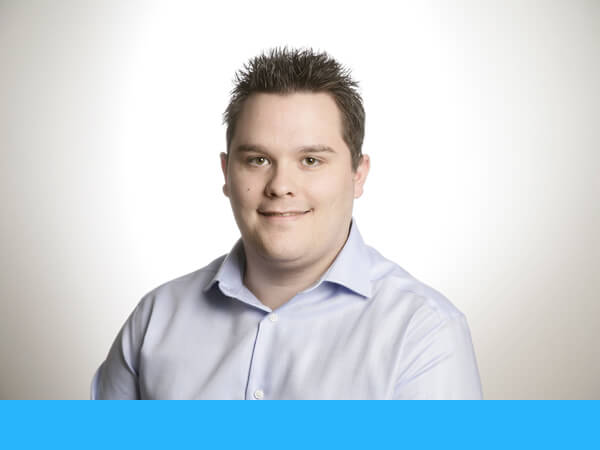